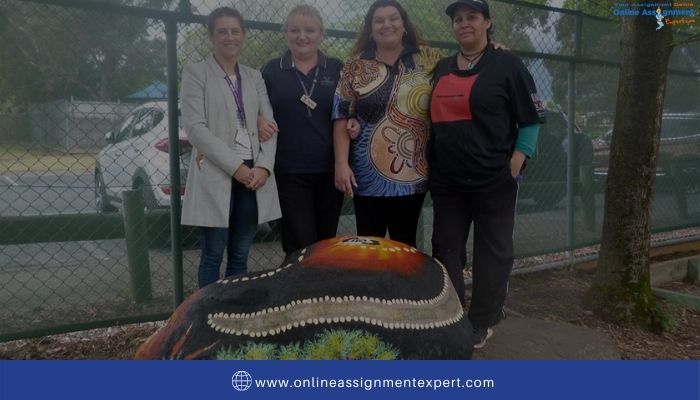 The Aboriginal Cultural Inclusion framework was the initiation of the Social Inclusion Board and was developed by Cheryl Axleby and Dennis C. Rigney of the Aboriginal Consultancy Unit. The aboriginal inclusion framework can be said as a guide because the economic, cultural, social and health well-being of Aboriginal peoples require special attention. The key purpose of this framework is to help South Australian government bodies in developing services which are culturally inclusive and accessible to Aboriginal people.

The aboriginal inclusion framework can be said as a document to existing local and national frameworks and/or strategies that addresses the economic, social, and wellbeing needs and requirements of Aboriginal peoples. The approaches and tools discussed in this document will help policy-planner and policy-makers including expectations and requirements of Aboriginal peoples at the time of developing, planning, evaluating, and implementing the services that have been provided.

In this blog, we are going to discuss complete details and information about Aboriginal inclusion framework. This guide has been prepared by our assignment help experts who are best in dealing with nursing assignments. Let's read the information.

Statement from the Premier of South Australia

The Honourable Mike Rann MP (Premier of South Australia) said that SA to be a place for Aboriginals who can achieve their potential to live fulfilling and happy lives. To do this, it is important to treat them respectfully and give a fair go, like other communities. He also added to his statement that –

The aboriginal inclusion framework permits SA government bodies to evaluate and measure their cultural competence in respect of Aboriginal peoples and offer them quality and appropriate services. Not only this, but it also assists the State to meet two targets that have been discussed in South Australia's Strategic Plan in the context of Aboriginal Wellbeing.

What are the Dimensions of the Framework?

The aboriginal inclusion framework can be said as a step for government bodies so that they can work towards cultural inclusiveness. Some of the key dimensions of the framework are outlined below by the help of an example – 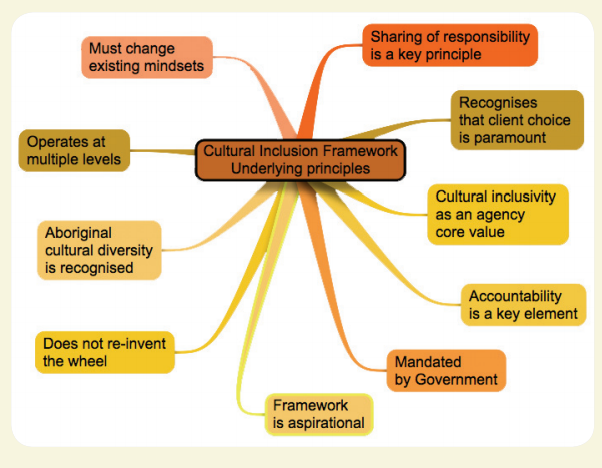 In this section, we along with our nursing assignment experts have discussed the concepts and definitions by using terminologies like cultural competency, cultural safety, social inclusion & exclusion, eliminating racism and discrimination, etc. Let's discuss these terminologies in detail.

Cultural competency can be explained as becoming aware of the differences in culture that exists and develop adequate understanding such differences, accepting, and be prepared to guard against acquiescent your beliefs, behaviours, and actions (SACRRH, 2001).

Cultural safety includes actions which respect, nurture, and recognises the original cultural character of Aboriginal people and carefully meets their expectations, needs, requirements, and rights. In this way, the Aboriginal people are treated and perceived which is appropriate; instead of the things, they do (SA Department of Human Services, 2002).

Social/cultural exclusion can be said as something which can happen to any people, but few people are at more risk than any other. According to research, it is found that people with certain experiences and backgrounds are most probably suffers from cultural exclusion.  Major risk factors may be family conflict, low income, school problem, mental health problems, disability, and age.

Cultural exclusion concentrates on an individual or group of individual needs who do not have access to facilities and services or maybe society's decisions. It may occur at a very later stage, individuals get access to conventional and socially excluded groups. Yet, it is important to work on inclusion includes diversity.

Racial discrimination generally takes place when an individual or group of individual is treated less fairly in terms of their colour, race, national origin, ethnic origin, or descent than others of different race treated in the same situation. It also takes place when a rule or policy that similarly treats all the people has an unfair effect on people of the same colour, race, national, descent, or ethnic.

In addition to these, there are several terminologies to be taken care of in writing Aboriginal Inclusion Framework assignments.

The Aboriginal Inclusion Action Plan is written as AIAP. It generally highlights the new actions that CCYP follows to make sure that an organisation is respectful and includes the requirements of Aboriginal staffs, clients, and stakeholders. The AIAP is developed on the existing activities, strengths, and formalizes the principles guiding the existing and/ or ongoing obligation to Aboriginal inclusion. In order to understand the Aboriginal Inclusion Action Plan in a better way, it becomes necessary to contemplate and reflect the context, role, and need for Aboriginal inclusion. Let's have a quick look at them!

Are you sure, you want to submit? You have not attached any file

We care about your Academics

In the noble endeavour of enhancing academia for university scholars in Australia, we are committed to the academic integrity guidelines issued by Australian universities Online Assignment Experts is a platform to connect academic experts with students for facilitating ONLY online learning routines through remote classes and doubt clearance sessions which does not amount to writing assignments for students or helping students with online exams.

I have read and understood the academic integrity guidelines under which your website strictly operates and provides educational information and services. I confirm that I shall/will not submit any information availed on or through www.onlineassignmentexperts.com as my own academic assessment or as an academic paper. I fully understand that the information (paid and free), I get from your domain/services (including: model assignment paper, sample assignment references, any information availed through online expert classes) is only meant for my better understanding of the academic learning outcomes and MUST be used under a strict compliance as dictated under guidelines of Academic Integrity.
How we ensure Academic Integrity?